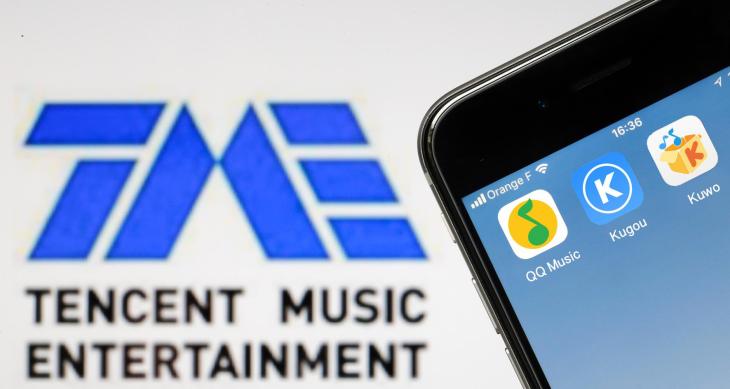 Apple Music users around the world will soon have access to more Chinese musicians. Tencent Music Entertainment, the online music subsidiary of Tencent, said Tuesday that “record labels and artists” who are part of its “Music Cloud” program can now distribute their works through Apple Music.

This isn’t the first time Tencent has joined hands with a major online music giant from the West. In 2017, the Chinese internet firm entered a share swapping agreement with Spotify. The deal didn’t include content sharing.

TME’s announcement is vague and the partners are tight-lipped about the details of their arrangement. The weight of the deal hinges on what exactly TME’s “Music Cloud” is. This is what it means in the firm’s own words:

From the sound of it, Music Cloud will serve small-time artists who lack distribution and marketing help from big record labels.

Over the past four years, TME has built a platform for independent musicians, where they can distribute their works, attract fans, host virtual concerts, and eventually generate income. In return, TME gets licensing rights to their works.

The real moneymaker for TME, however, is its rights to top pop musicians like Jay Chou. The Taiwanese singer is so valuable to its user loyalty that TME brought a case against NetEase Music for infringing Chou’s copyrights in 2017.

Over the years, TME had splurged hundreds of millions of dollars securing exclusive music licenses from Universal Music, Warner Music and Sony Music Entertainment, collectively known as the “big three” record labels. But China’s antitrust crackdown on its tech industry has started to break down TME’s thick walls. In July, the country’s market regulator fined TME for “unfair” market practices and told it to give up exclusive online music rights.

It’s unlikely that TME will share its expensive licensed music with Apple Music, otherwise, the partnership will come with a big price tag. We will know more when the partners decide to bring more details to light. For now, the prospects of reaching a global audience will certainly keep emerging Chinese musicians excited.

Blackpink’s Rosé on New Music, ‘On the Ground,’ Childhood in Australia

Is Elon Musk going to save the music industry?