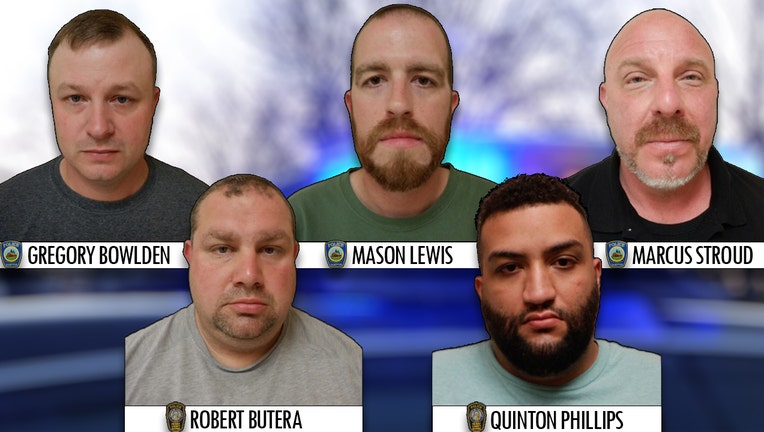 Two Henry County police officers and three Hampton police officers were arrested in connection to the death of 24-year-old Fernando Octavio Rodriguez after a music festival in Sept. 2019.

HENRY COUNTY, Ga. – The five police officers who were indicted last week in the death of a 24-year-old man found naked walking down a Georgia street from a music festival in Sept. 2019 have surrendered to authorities.

Fernando Octavio Rodriguez, 24, died from asphyxiation from being held to the ground while being handcuffed and shackled by officers, according to the Henry County District Attorney’s Office. Medics rushed him to the Grady Memorial Hospital where doctors said he was suffering from respiratory failure, renal failure, anoxic brain injury, cardiac arrest and acute blood loss anemia. He died during the early morning hours of Sept. 23, 2019.

The Georgia Bureau of Investigation was called in to take over the case and a spokeswoman said the investigative file was submitted to the Henry County District Attorney in January 2020.

No word on the officers’ employment status or if they have surrendered on those charges.

The man’s family has filed a lawsuit in the death as well. The civil lawsuit is still pending.

All five officers have since bonded out of the Henry County Jail.

Why Is Russia Massing Troops on Its Ukraine Border?