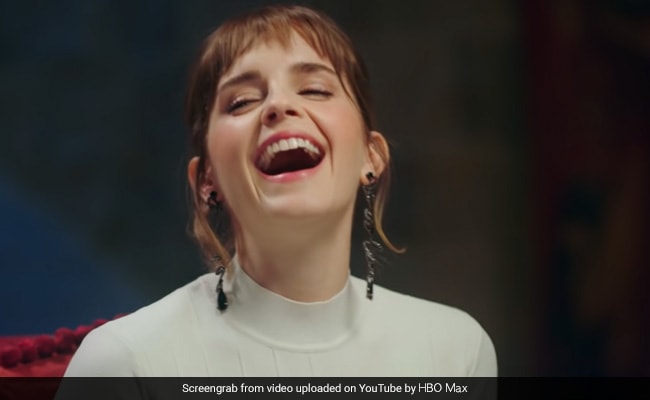 Fans noticed a glaring error in the reunion special. It had to do with Emma Watson.

Harry Potter 20th Anniversary: Return to Hogwarts gave us major throwbacks into a much-loved film series. It’s been 20 years since the first Harry Potter movie was released. To celebrate its grand anniversary, a reunion of the cast was shot and screened on HBO Max on New Year’s Day. And that was more than enough to send a wave of excitement among Harry Potter fans. A tiny detail in the retrospective special, however, caught the attention of viewers. At the beginning of the special show, the photo of a little girl was displayed. The photo was presumed to be of little Emma Watson, who played the role of Hermione Granger in the Harry Potter series. However, an eagle-eyed viewer pointed out that the photo was wrongly attributed to the actress. In fact, the girl in the photo is actress Emma Roberts.

A Twitter user proved her point by comparing two images. She placed a screenshot of the clip from the Harry Potter special and placed it beside an old Instagram post by Emma Roberts. We see the same pics in both the frames: a young girl with a Minnie Mouse headgear looks at the camera. The caption read, “Guys help me, that’s literally Emma Roberts, not Emma Watson.”

Here is the original Instagram update from February 9, 2012, where Emma Roberts shared her childhood photo and wrote, “Minnie mouse ears.”

The error did not go unnoticed by the producers of the reunion special. In a statement to Entertainment Weekly, they wrote, “Well spotted, Harry Potter fans. You brought an editing mistake of a mislabeled photograph to our attention.” They also made a promise to correct the mistake and wrote, “New version up shortly.”

The first film of the series, Harry Potter and the Sorcerer’s Stone, arrived in theatres in 2001. It was based on the bestselling novel series by JK Rowling. Fans can watch the Harry Potter 20th Anniversary: Return to Hogwarts on Amazon Prime.

The Lost Sheep of Danny McBride’s “The Righteous Gemstones”

The Rival Shows of “Yellowjackets”

Mel Brooks Keeps It Very Light in ‘All About Me!’