Cami Gonzales learned a lot about the Mexican state of Chiapas and of her culture on her journey as a contestant in the Miss Mexican Heritage pageant.

And now Gonzales will spread that knowledge as Miss Mexican Heritage queen.

Chiapas, she said, has important ties to the Mayans and is home to many Mayan ruins. Her pageant dress of black satin with different colored flowers represents the flora in the state. 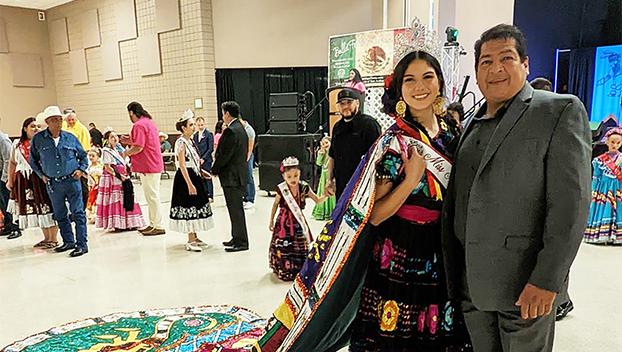 Part of the pageant requires contests to perform a dance representative of the state they represent. As a longtime student of dance, she took care to do this correctly so as not to disrespect the state and culture.

“I was nervous, but all the girls in my category were super helpful and nice. It made me feel more calm,” Gonzales said.

While in high school Gonzales was a cheerleader and part of the track team competing in the high jump. She opted not to continue dance in college so she could focus on her career.

This was her second time taking part in the pageant, she said. The first time was at age 11.

“I didn’t do it again (after that) because I felt hesitant,” Gonzales said. “Spanish is not my first language.”

Zulema Escobedo, president of the Mexican Heritage Society of Port Arthur, said Gonzales is beautiful and very active in the community. Being involved in the community is what officials look for in representing the organization. 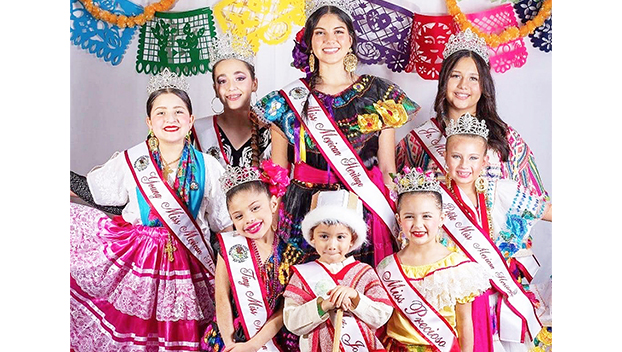 The pageant and annual Fiesta was held earlier this month.

Other pageant winners include:

Duties of the queens are to keep the culture alive and go out in the community and spread the knowledge.

“We also sold out of food and vendor booths,” Escobedo said. “We had seven food booths, and they all sold out by 8 p.m.”

Gonzales is a 2020 Nederland High School graduate and a junior at Lamar University majoring in accounting.

At first Gonzales was looking at a career in dentistry but learned she was not as confident in biology. Math, she said, is her strength.

As a sophomore in college, she took a financial accounting course and made an A, leading her instructor to take notice. It was her instructor who helped her make the decision to go info accounting.

Five to 10 years down the road, Gonzales would like to work with a large firm in Houston and she’s on the road to making it happen.

This week Gonzales is doing interviews with firms for an internship. Approximately 20 firms will be interviewing students including the ‘big four’ as she called it. Though not named, the big four are large firms she hopes to work with one of them.

Cami Gonzales knows she has a lot work ahead of her as queen, where she will Mexican culture. Combined with that is her work as a college student, and she’s ready to tackle all that is required.