The City Of Mount Pearl has unveiled plans to build a new civic centre.

The proposed $9-million facility would replace the Park Place Community Centre, which was acquired from the Royal Canadian Legion in 1999.

The new building would be located at the Team Gushue Sports Complex and include 18,000 square feet of space to accommodate social, arts, and recreation events, as well as areas for community groups.

Outside, the plan is to install a splash pad and ice rink. 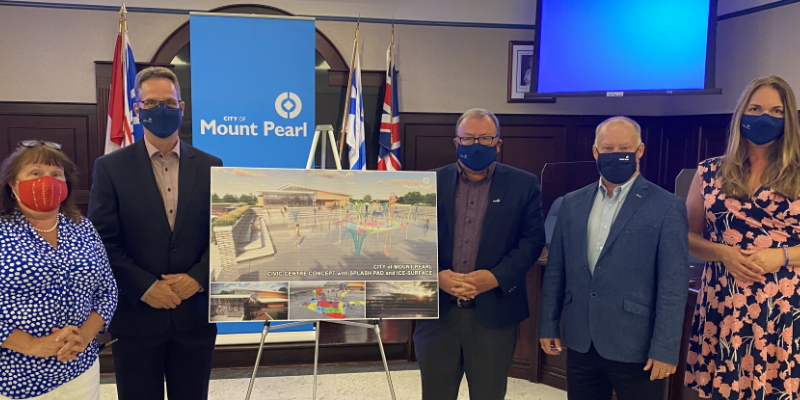 Mayor Dave Aker says the facility will also be accessible to those with disabilities both inside and out.

Park Place, which was built in 1951, has started to deteriorate. Mayor Aker says the building is very active, but the foundation has cracks, it’s minimally accessible, and there is no air conditioning. He says rather than close Park Place and create another gap for the city, they decided to build the new facility, which will be a pillar for the next 25 years

The city has launched a resident survey to collect feedback on the diverse needs of the community. Focus groups and virtual engagement sessions are also planned.

Bitcoin, dogecoin and ethereum surge days after Elon Musk ‘rode to the rescue’

Movies in the Park: Event returns to Heritage Park | News

Wildfires Ravage Italy’s Sardinia Region in ‘a Disaster Without Precedent’

World Bank says it expects the global economy to expand by...