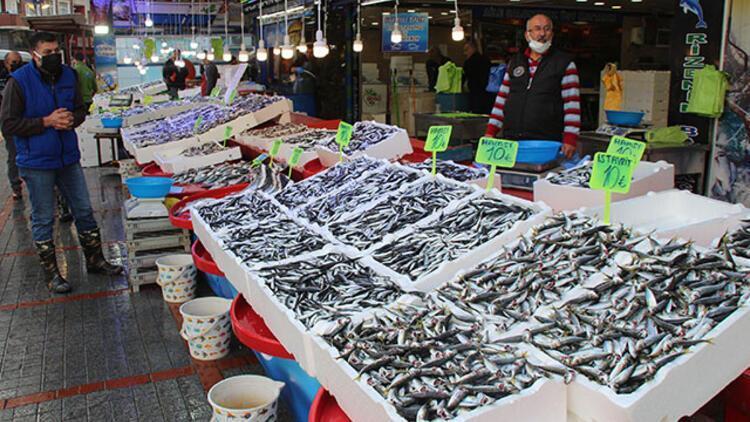 Caught in fewer amounts than specified in the law and before their spawning period in previous years, bonito was not seen anymore in markets this year, shattering the hopes of local fishermen and bonito lovers who were eagerly waiting to eat them this year.

Fishermen from the northeastern provinces of Trabzon and Rize believe that bonito was caught in their nets only once this season and that it would not be seen again until the end of the period.

In 2014, authorities banned fishing in the summer months when fish reproduce, saying that they were tightening supervision in an effort to replenish stocks.

As the fishing ban ends on Sept. 1, fishermen set off in the Turkish waters in hopes of catching a good amount of fish, calling out “Vira Bismillah,” meaning “raising the anchor in the name of God” in English.

The abundance of horse mackerel and whiting made fishermen happy, but they could not find what they expected in the case of bonito.

Some blame pollution and climate change for the decreasing number of bonito, but irresponsible fishing and temporary weather conditions stand out as the main reasons behind the decrease.

Speaking to Demirören News Agency, Yaşar Karasüleyman, a local fisherman from Rize province, said that bonito were seen a little at the beginning of the season, but then “disappeared,” so to speak.

Karasüleyman pointed out that the scarcity of bonito caused the abundance of anchovy, known more widely in Turkish as “hamsi.”

“The situation about the anchovy is very good at the moment, but it is not clear how long this will last. Like bonito, anchovies can disappear in an instant,” he added.

Karasüleyman warned that in the Black Sea, where fish varieties are currently scarce, fishing could end suddenly due to inadequate or no catch made at all.

Necmettin Duman, another local fisherman, said there was hope for bonito at the beginning of the season, but the fish suddenly disappeared.

“No bonitos are currently caught. They sell mackerel as bonito,” Duman noted.

The fishery production totaled 785,811 tons in 2020, according to figures given by TÜİK, the country’s statistical authority.

What’s Going on With the Stock Market Today? Dow Rises, Risks Under the Surface

Week Ahead: After Earnings Fail To Lift Markets, Hopes Hinge On...

Europe at war: Six charts to know in financial markets