Following a recent round of release date changes, there are now 10 Marvel and DC Comics movies heading our way in 2023. That’s exciting, but how do they all compare to one another in terms of anticipation?

We’re not saying 2022 has been a bad year for superhero movies, but it certainly hasn’t been as exciting as we once thought. A lot of big titles have been pushed into next year over the past nine months, including Spider-Man: Across the Spider-Verse and Aquaman and the Lost Kingdom.

That just goes to show what a chaotic time it still is for Hollywood, and another recent round of release date delays saw Sony Pictures make more sweeping changes to its Marvel slate.

As things stand, though, we have 10 Marvel and DC movies to look forward to in 2023. We don’t think further delays are likely for any of them now, meaning next year promises to be incredibly exciting for comic book fans. From Multiverse-spanning epics to highly anticipated debuts and sequels, there’s a lot heading our way, and we’re now listing them from least to most anticipated.

To take a look through this ranking, all you guys need to do is click the “Next” button below! 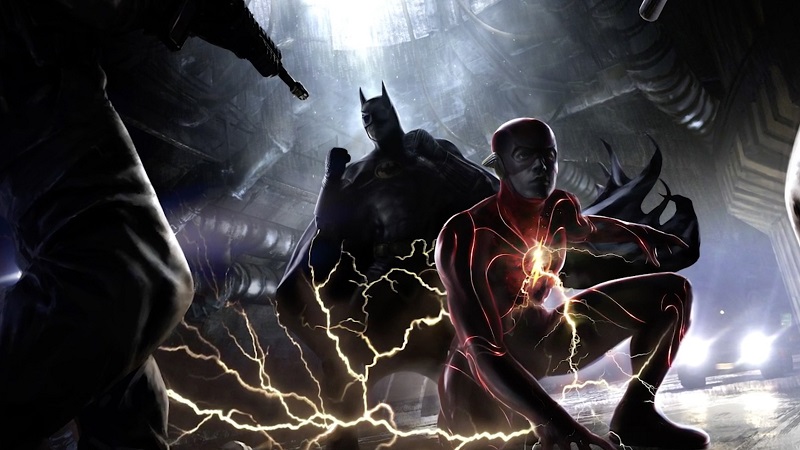 There was a time when The Flash would have probably been at #1. After all, we’ve been waiting what feels like forever to see the Scarlet Speedster take centre stage in his own movie, and the fact he’ll be joined by Michael Keaton’s Batman and the debuting Supergirl (Sasha Calle) is undeniably exciting.

Unfortunately, there’s one problem: Ezra Miller. The troubled actor has been making headlines for all the wrong reasons for several months now, and it’s impossible to look forward to seeing them as Barry Allen, as a result.

Yes, it’s possible to separate art from life, but in Miller’s case, too much has happened. We shouldn’t have to head into The Flash hoping and praying that it will end with him being recast, but alas, this is where we find ourselves. The sooner this movie is done and out of the way, the better. 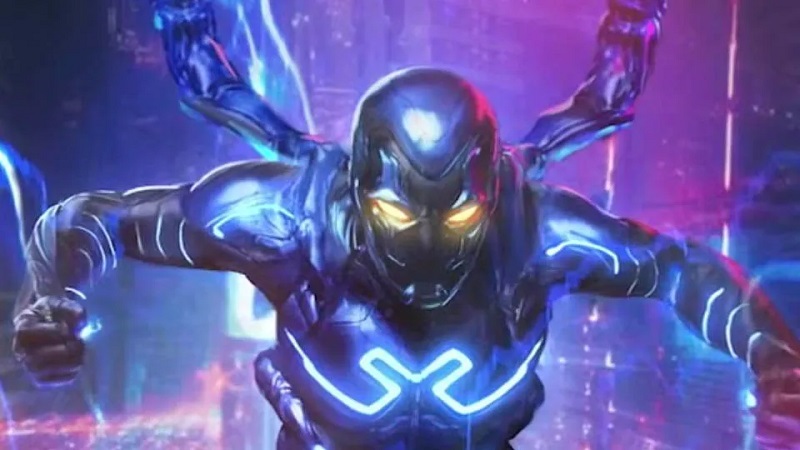 While it promises to be fun seeing what Xolo Maridueña brings to the table as Jaime Reyes, we can’t help but think Blue Beetle – which was originally going to premiere on HBO Max – will be a very middle-of-the-road DC movie. Well, assuming Warner Bros. Discovery actually releases it.

With a costume that wouldn’t look out of place in The Flash or Titans and a cast lacking any huge stars, this will either be instantly forgettable or surprise all of us.

We hope it’s the latter because Blue Beetle’s journey to the big screen has been a long one. It would also be crushing for another diverse hero to be sidelined similar to what happened to Leslie Grace in Batgirl. Simply put, more needs to be revealed before we can get really excited. 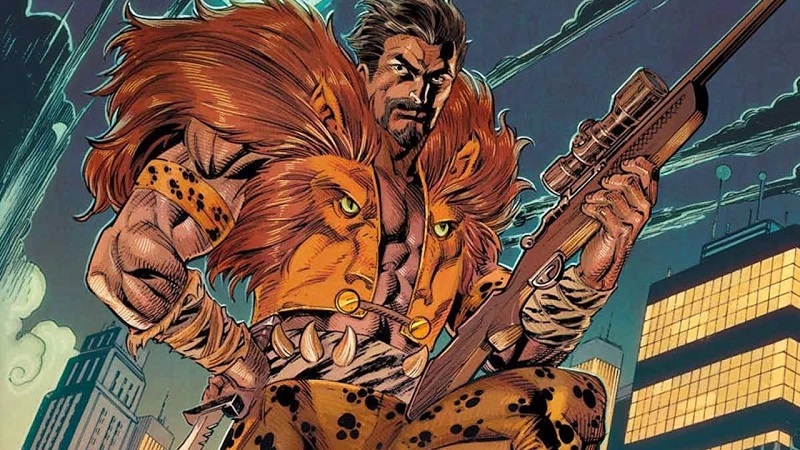 If it wasn’t for the hit-and-miss nature of the DCEU, Kraven the Hunter would probably be sat up at #10. Sony Pictures has repeatedly shown they can’t be trusted with these characters; Venom: Let There Be Carnage was an improvement over its predecessor, but Morbius was a massive step backwards and one of the worst superhero movies of all time.

There’s no denying that Kraven the Hunter boasts an impressive cast with names like Aaron Taylor-Johnson and Russell Crowe, but when has that ever helped Sony’s Marvel Universe?

Kraven isn’t a character who needs an extended origin story and he works best when he’s facing off with Spider-Man, not heading off on his own adventure. There may be some good action scenes and welcome character debuts, but we have zero faith in this being any good. 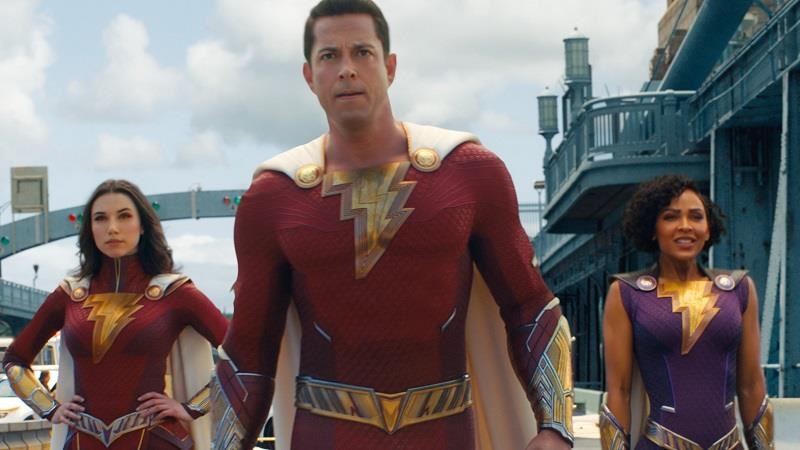 Shazam! was a fun ride back in 2019, but also a somewhat forgettable one. Seeing the Shazam Family on the big screen was awesome, though its comedic approach to the material made this a superhero adventure we found hard to take seriously.

Oddly, the sequel is glossing over that mid-credits scene with Dr. Sivana and Mister Mind to focus on the daughters of Atlas. That makes Shazam! Fury of the Gods feel a little unambitious and, if we’re honest, unimportant in the grand scheme of the DCEU. However, we do have faith in filmmaker David F. Sandberg and believe it has a chance to steal the show next year.

Yes, we’d be happier seeing this character share the screen with Superman and Black Adam, but the signs are pointing to the sequel being an epic fantasy adventure. Hopefully, we get a more exciting cameo than the Man of Steel’s torso next time.

6. Aquaman And The Lost Kingdom (December 25) 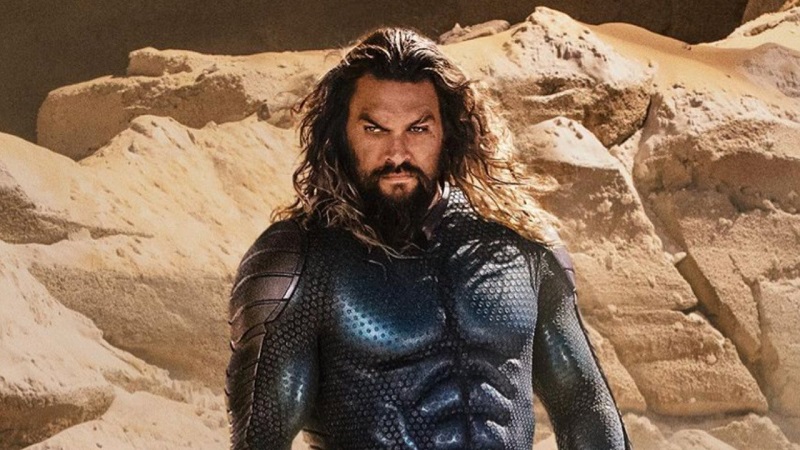 We’re sure many of you won’t be happy with 2023’s DCEU offerings being relegated to this half of the ranking, but there are considerably more exciting comic book movies on the way next year.

Aquaman was a massive hit back in 2018, and we have no reason to believe Aquaman and the Lost Kingdom won’t be just as enjoyable. To put it simply, we just don’t know enough about this one yet, and all those delays – not to mention the controversy surrounding Amber Heard – have dampened our enthusiasm somewhat.

James Wan is more than capable of delivering a satisfying next adventure for Arthur Curry, anyway, and we hope to see the sequel exceed expectations. Jason Momoa is great in this role and Aquaman is definitely a character who should be part of the DCEU’s future. 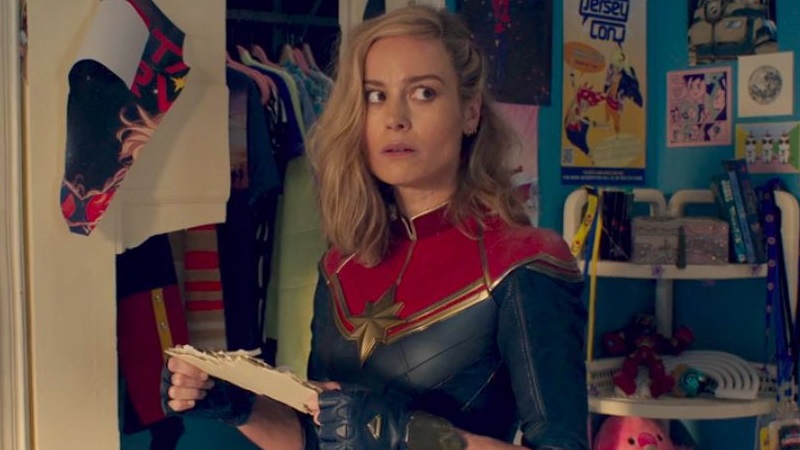 While some fans seem to have made a hobby out of hating on Brie Larson, we can’t wait to see the Oscar-winner suit up as Captain Marvel again. Of course, she’ll be joined by some of her fellow heroes in The Marvels, with Iman Vellani’s Ms. Marvel and Teyonah Parris’ Monica Rambeau/Spectrum also set to take centre stage.

It looks like this team-up is going to tie up a lot of loose ends from 2019’s Captain Marvel, including what became of Hala after Carol broke free of the Kree Supreme Intelligence’s control.

Along with seeing more of Captain Marvel in action, it will be a treat catching up with Kamala Khan and Monica and seeing how their respective stories continue. We just hope the sequel ends with Carol back on home turf so we can see her become one of Earth’s Mightiest Heroes.

4. Ant-Man And The Wasp: Quantumania (February 17) 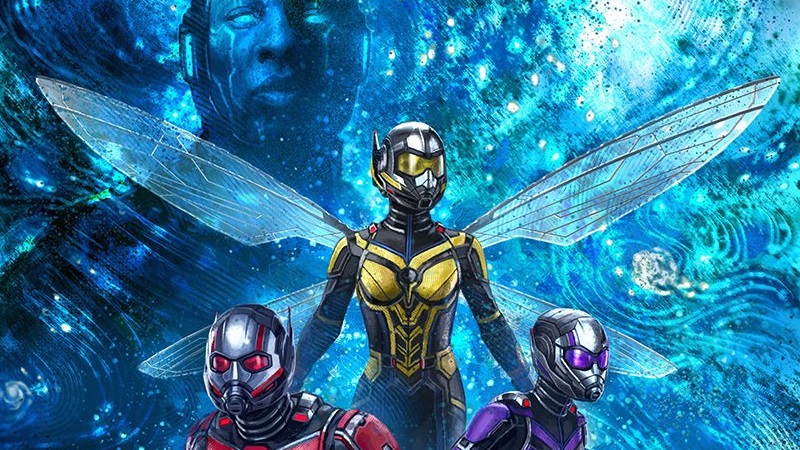 The Ant-Man movies were fun, if not somewhat unremarkable. While there’s nothing wrong with low-stakes stories in the MCU, it always felt like they should be more ambitious, particularly after Ant-Man and The Wasp essentially glossed over Janet Van Dyne’s time in the Quantum Realm.

That all looks set to change with Ant-Man and The Wasp: Quantumania, a movie that will pit these heroes against Kang the Conqueror. His appearance alone makes this a crucial and exciting next chapter in the MCU mythos.

Throw in M.O.D.O.K.’s MCU debut, Cassie Lang’s transformation into a superhero, and what we’re sure will be a lot of big developments prior to Avengers: The Kang Dynasty, and we’re rooting for filmmaker Peyton Reed to stick the landing with this upcoming third chapter. 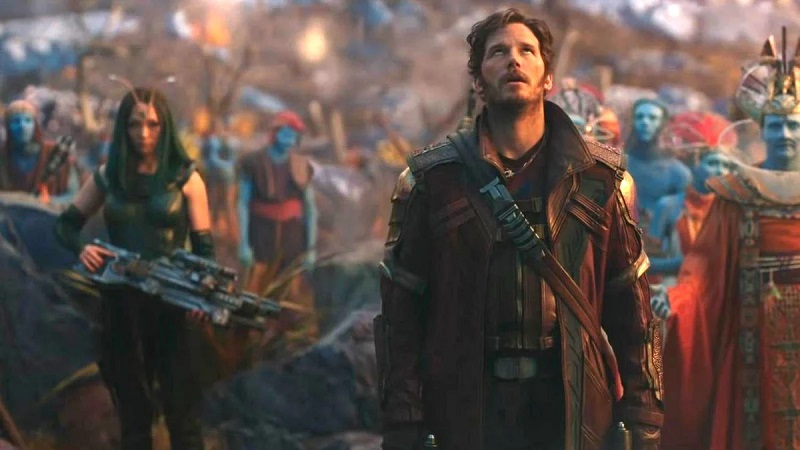 The Guardians of the Galaxy franchise fell by the wayside for a time after Disney fired James Gunn, but with the filmmaker back in the fold, Vol. 3 is finally on the horizon. With Adam Warlock, The High Evolutionary, and Cosmo among the characters set to play key roles in proceedings, this threequel is sure to be something special.

Gunn has suggested on several occasions that this movie closes the door on the current team of Guardians, so it’s a story that is going to have high stakes for the MCU moving forward.

While we may be saying goodbye to some familiar faces, we’d bet on some new ones being key to the future as well, particularly as we head deeper into the Multiverse Saga. The Guardians of the Galaxy Holiday Special should whet our appetites this Christmas, but the movie really can’t get here soon enough. 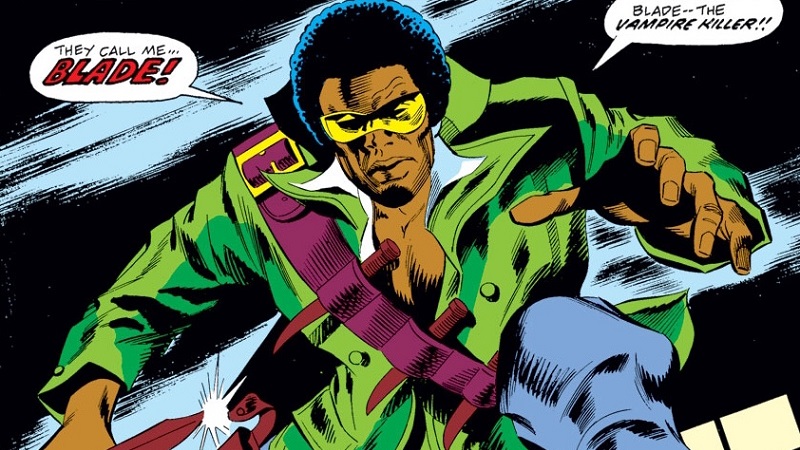 We’re sure some of you are wondering what Blade has done to earn this spot, especially when we’ve seen absolutely nothing from it as of right now. It’s a valid point, but with Mahershala Ali set to bring the Daywalker to life, it’s impossible not to be excited about the long-awaited reboot.

It will clearly be something different for the MCU, and the introduction of vampires promises to usher in a new era of storytelling that leans into the horror side of the Marvel Universe.

We’re hoping Black Knight returns here and that the stage is set for a supernatural hero like Blade to start playing a crucial role in this shared world. Marvel Studios has admittedly been a tad hit-and-miss during Phase 4, but they have to know getting this one right is vital, not just for Blade’s future, but also for a certain style of storytelling in the MCU.

1. Spider-Man: Across The Spider-Verse (June 9) 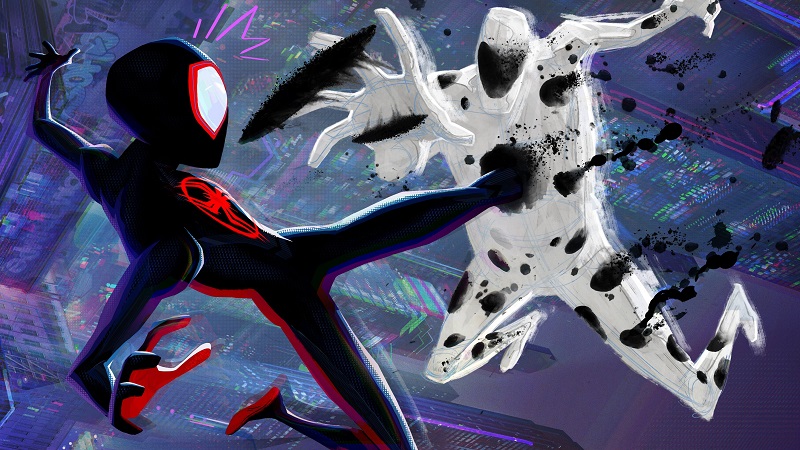 Spider-Man: Into the Spider-Verse remains the only Marvel movie to have won an Oscar, and while this sequel doesn’t have to earn the same accolades as its predecessor, we’d be shocked if it doesn’t! More important, though, is that Spider-Man: Across the Spider-Verse continues telling Miles Morales’ story in an authentic and exciting way.

The Spot is a unique choice of villain, anyway, and with everyone from Cyborg Spider-Woman to Spider-Man 2099 and Scarlet Spider set to swing into this follow-up, it should be an absolute blast for Spidey fans.

Those who have seen footage from Spider-Man: Across the Spider-Verse have suggested the animation is every bit as revolutionary and mind-blowing as what we saw way back in 2018. That’s also very exciting, and this is one Marvel movie we don’t expect Sony to drop the ball with.

The 5 Best Hallmark Fall Movies of All Time, According to Viewers

The 15 Best Wrestling Movies Of All Time, Ranked

The movies coming to theaters in August

5 Superhero Movies with Delays as Bad as Morbius